Amongst things I do sometimes- attend events to which most people (including journalists) pay little attention or show interest in- I checked out last Friday (Aug 1) the briefing conducted by Opposition Leader Isaac Herzog to foreign Ambassadors serving in Israel. I figured there will be a handful of medium level diplomats, since most of them probably realize this was Herzog, holding an outside of government role with no effect whatsoever on decision making in Israel today. I was surprised to see more than 50 top ranking diplomats, including Ambassadors of powerful nations.

Why should it be surprising or interesting? Herzog did not present a sounding miraculously new solution. He did not come up with a different creative initiative. However, in the process of documenting those hectic and tense times of the Gaza War (aka here as Operation Protective Edge, Tzuk Eitan).

It was interesting to see (yet again) how the Opposition serves as the main buttress of support for Prime Minister Netanyahu and Defense Minister Moshe Ya’alon. A briefing of the type given by Herzog, with full support for the Prime Minister’s policy – it is far from certain that Netanyahu could get that from members of his party, or his former partner in the leadership, Foreign Minister Avigdor Lieberman.

Herzog served yesterday, at least in my eyes, as Netanyahu Public Diplomacy Minister (Hasbara). He was joined by two women residents of Kibutzes surrounding Gaza strip, one of them English native speaker, the other Spanish-native speaker (Edel Raymond & Janet Swirzanska, I hope I got the spelling right).

Both women spoke to the diplomatic crowd of the immense difficulties, their daily fears and how much they miss the good neighboring and economic cooperations with the Gazans. None of them had a whining tone to her or disrespect to Israeli Government current efforts. They were impressive, eloquent and stuck with the whole event message.

Herzog spoke thereafter. He took some questions by the French & Finish Ambassadors, and by the Barzilian top Diplomat Alexandre Campello de Siqueira.

Siqueria had some harsh words: he asked about the Norwegian doctors who were trying to help Gazans, and the civilian population in Gaza. The answer he received from Herzog was straight out of Netanyahu’s talking points page: “The Human Rights Council is a biased body. It’s enough to hear Navi Pillay words to appreciate just how biased they are. What the United States has been doing in Guantanamo would not have received Supreme Court approval here. We have a strong democracy and a Supreme Court that protects the human rights better than any other place in the world. The fact that we have built shelters and other forms of protection for the population does not mean that you need bodies on the Israeli side, just so you’d feel that the conflict is symmetric. The world has remained silent about the massacres in Syria, and with all due respect to the important work of the Norwegian doctors, are these doctors are aware of missiles stored under the hospital”, and so on and so forth.

Btw, on the sideline: Former Labor head Shelly Yechimovitc is still conducting herself as a separate independent arm of the labor. On any given decision making juncture her stuff sends off a PR message with her stances and/or support for Netanyahu. It is something acceptable in other parties in Israel as well. At Bennett’s Bayit Yehudi (from time to time) we will get 12 different PR statements on the same issue.

Follows are some images I took during event: 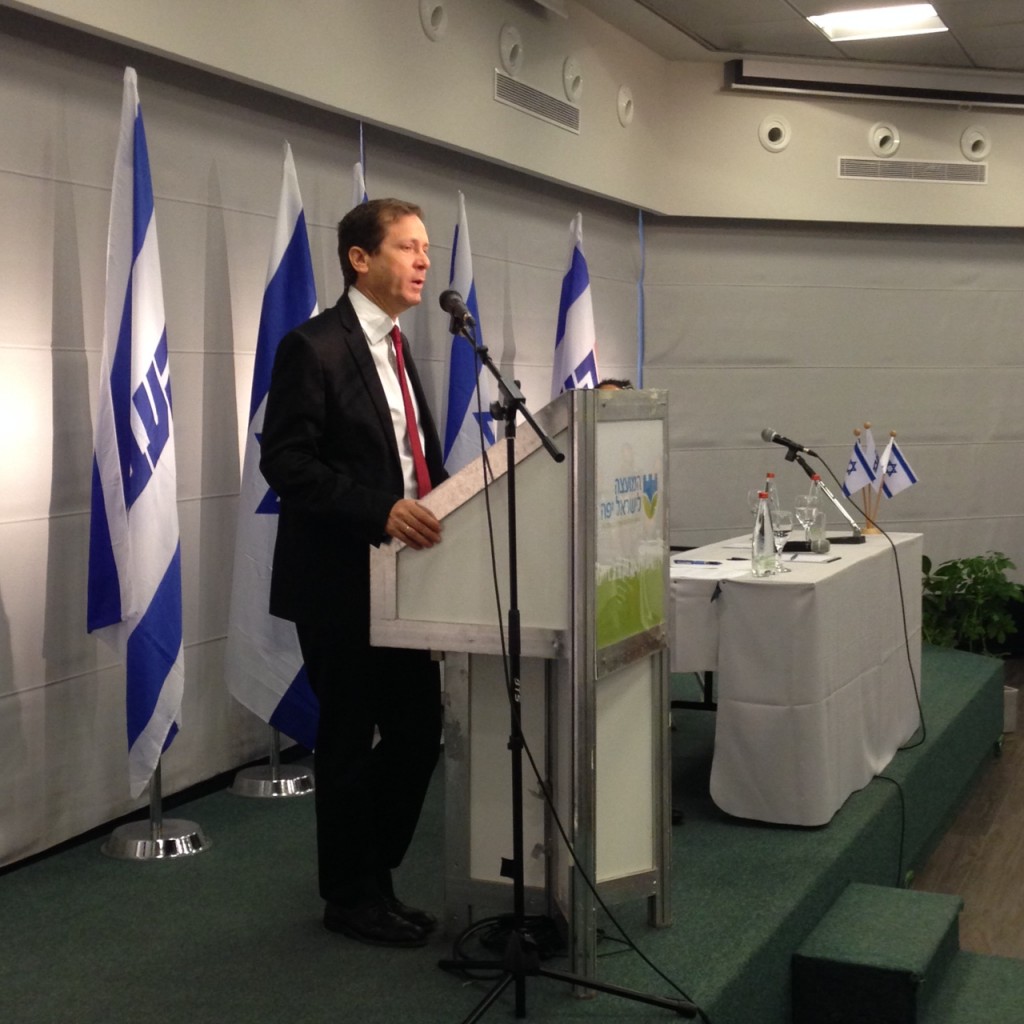 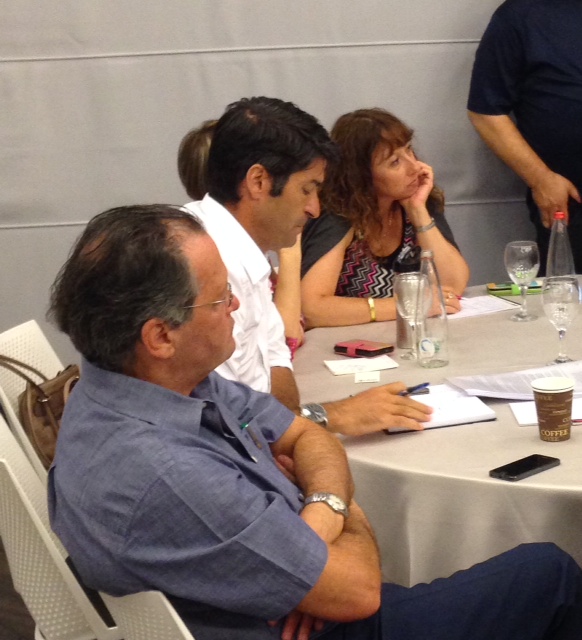 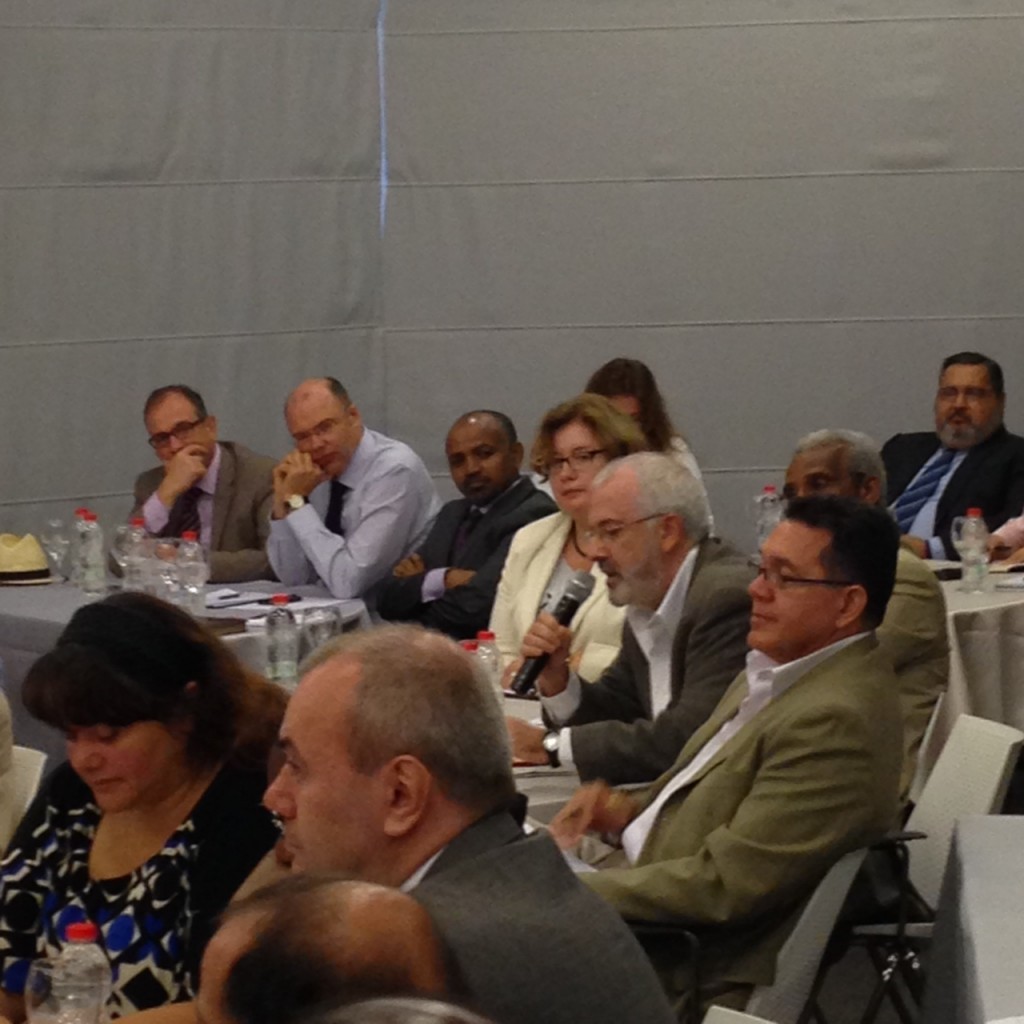 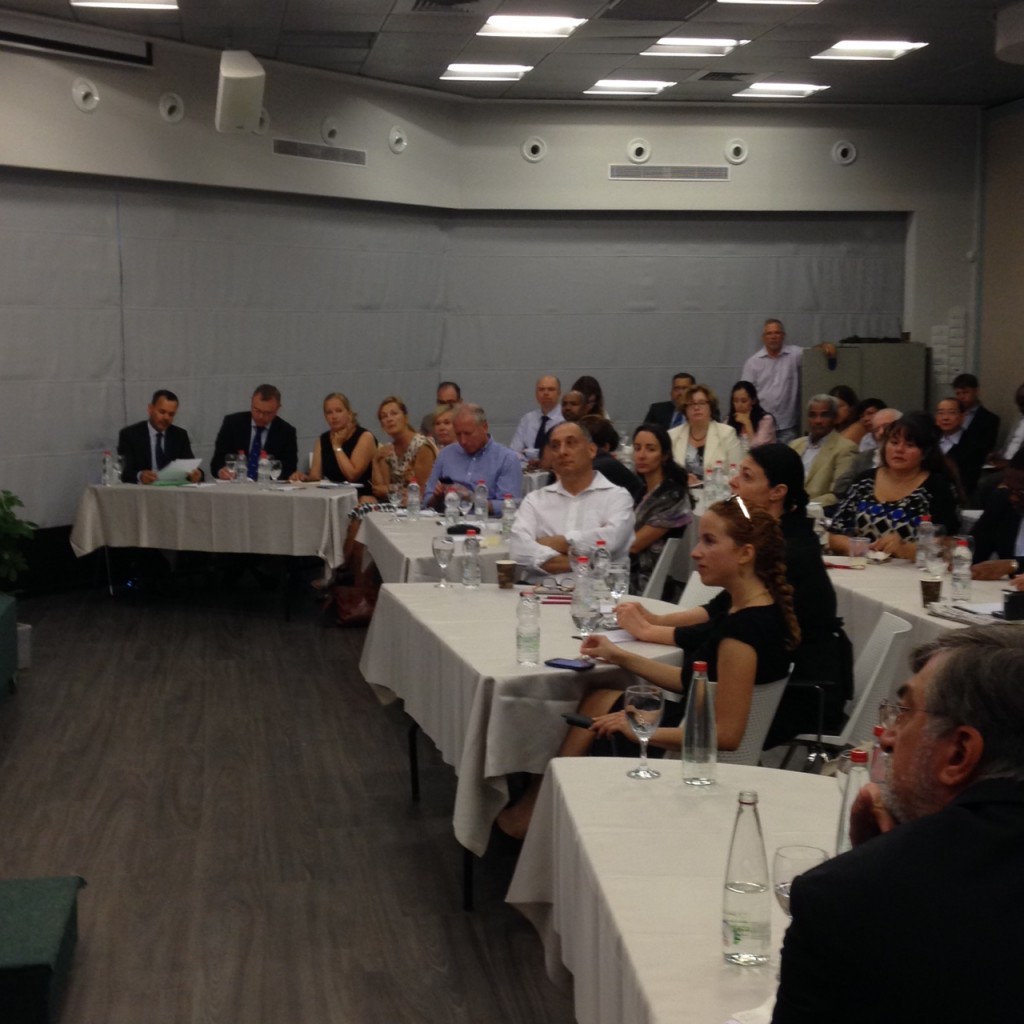